So I'm making this thread so we dont spam the "guess a new pet" thread with actual confirmed pets that aren't released yet, as they are released I will be deleting them from the thread. 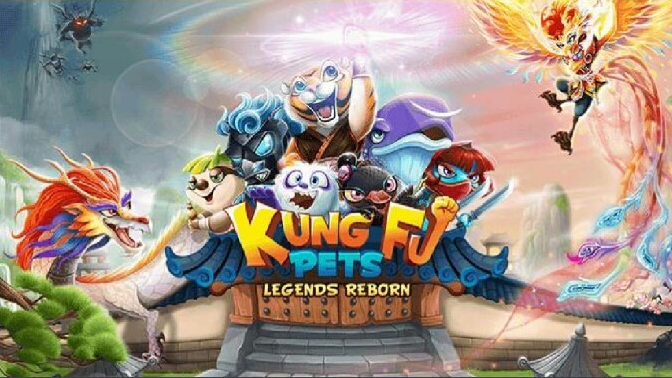 Oh yeah, the Batgirl would be awesome. I think you are right, but do you think they are still evil or corrupted?

Then your assumption would fit... I thought that the flying pet is the Turtle.^^

Dunno the 3 that come to our village, seem kinda confused, they seem like they were corrupted, I dont think being Dark type means its evil but evil pets are usually dark types, the Sabertooth, Elephant and Hamster don't seem to be evil at all for example.

This is a new theory that i have made based on this new info: The Curse of the Shadow Devil is that is cause your own inner evil, the "Shadow" of your self to take over, but its not strong enough to make them 100% pure evil but the inner evil that is in all of us. Taichi did not want to take over the world of Kung Fu or anything before the curse, he just wanted to prove that he was stronger than Chen, but with the curse, his personality was changed and he became a more evil version of himself, and i belive that the now comming Dark pets where under the effect of the Shadow Devil curse, but they where purified in a way when they are summond by the player, but only so that they are not evil and loyal to the now evil Taichi, but their bodies and some of their personalities are not changed... Like Backarachnia from Best Wars, she joined the Maximals, but she remaind with her Predacon program... that is until her Upgrade into her Transmetal 2 form, but thats not important.

By the way, I'm pretty sure the whole "resurrection" thing is because the bird is a phoenix. Just saying...

Your theory sounds really good. I just hope that we finally get the update on Monday, Wednesday or Saturday at least.

And yeah, I also think that the "resurrection"/"reborn" thing has something to do with the Bird.

But the bird doesn't seem to be there, if it isn't where is Tyrant Dragon Silhouete? plus this are the "dark forces" the Phoenix definetly doesn't look like a dark type pet.

The new turtle does not seem to be summoning, the image they give SunGodKizaru, say me will be sold in a package.

as well as Wushu Mandrill and Paladin Equus...

How are we going to use the stones of the soul??